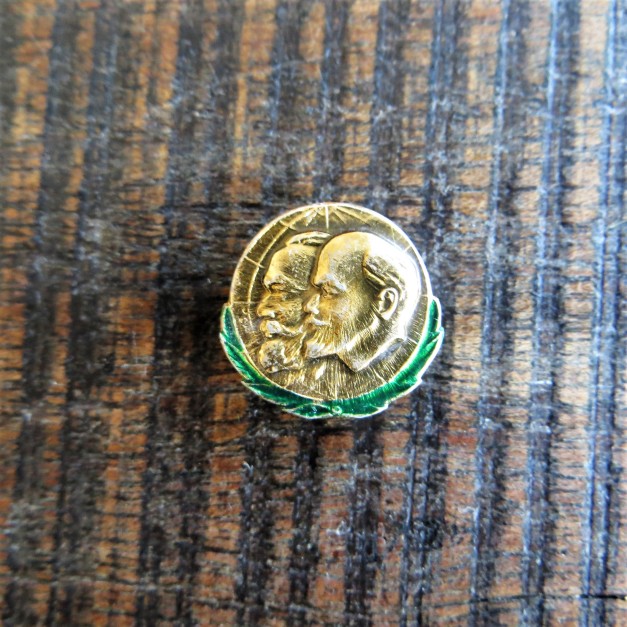 Pin made in the Soviet Union with the images of Karl Marx and Lenin. There is also a silver edition of this pin.
Lenin’s original name was Vladimir Iljitsj Oeljanov. He lived from 1870-1924. He was a revolutionairy and the first leader of the Sovjet Union.
His political and social ideas, known as Leninism, was based on the social ideas of Karl Marx, Marxism. After the october revolution he was the first leader of the Sovjet Union and put in place the first communist party. His supporters were called the Bolsheviks. It is assumed that Lenin’s alias was chosen from the river Lena. One of the longest river in the world.