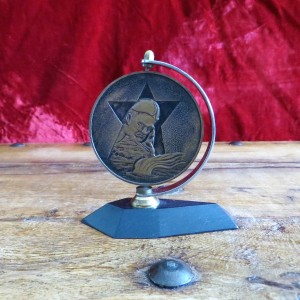 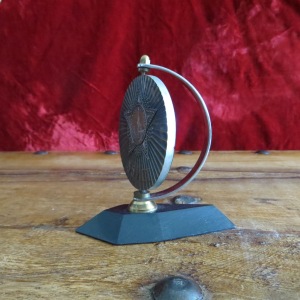 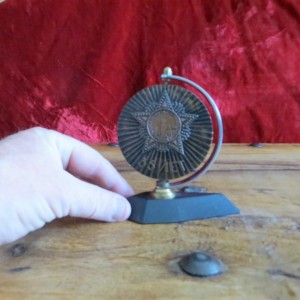 Information:
Size: 12×11 cm. / 4.7×4.3 inch.
Desktop memorial CCCP about the 35 year victory over Nazi Germany in WWII.
Made in 1980 and in very good condition. It was made as a gift to WWII veterans to commemorate the 35th anniversary of the Sovjet Union’s victory.
Long before D Day the russians pushed back the german troops and defeated them. This war in the east cost millions of lives. A true horror war.
On one side of the medal the Kremlin can been seen and on the other side there is the Eternal Flame and soldier. The eternal flame and soldier are part of a big memorial complex in the Russian city of Samara in wich the bunker of Stalin was located in WWII. The flame was lit in 1971. 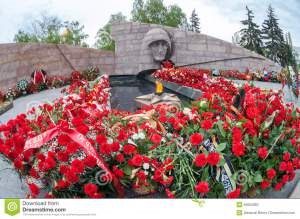