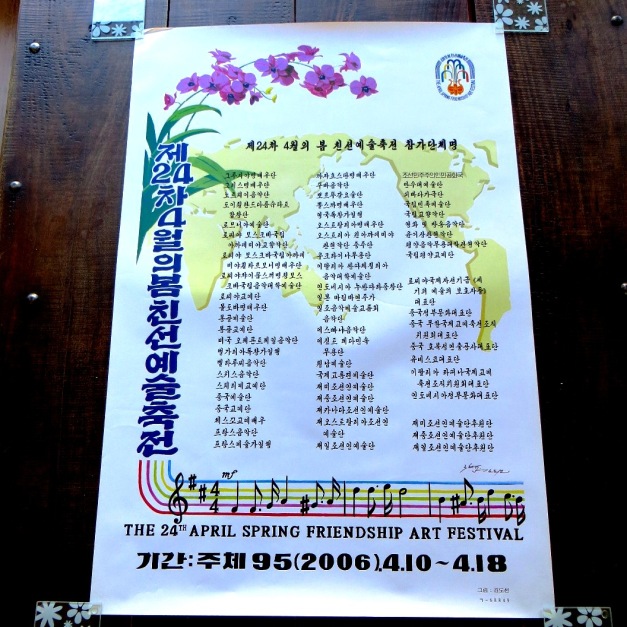 Big original North Korea poster. Obtained inside North Korea and taken out.
This poster is about the April Spring Friendship Art Festival wich is being held every 2 year. This poster is from the 2006 edition.
In 1982 they started the festival on the 15th of april wich is the birth date of Kim Il Sung the first leader of North Korea. Also around the 15th of april the most important holiday of the year starts: The Day Of The Sun.
Kim Il Sung has long been identified with the sun and is frequently called Sun of the Nation. He adopted his name Il Sun meaning “become the sun”.
The festival is designed to promote independence, peace and friendship through various art performances also from different country’s around the world.

Women carry a flag of the April Spring People’s Art Festival to raise it on the stage at the East Pyongyang Grand Theater in Pyongyang, North Korea. Portraits in the background show Kim Il Sung, left, and his son Kim Jong Il.