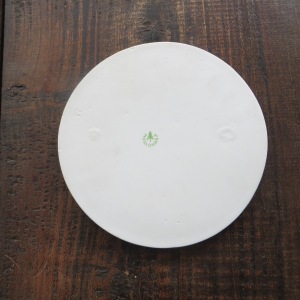 A porcelain desktop ornament with Lenin and rocket in it’s original box. Commemorating the 60th. year since the October Revolution.
The October Revolution followed and capitalized on the Februari Revolution of the same year, which overthrew the Tsarist autocrazy and resulted in a provisional government wich was seated in The Winter Palace.
In October another revolution followed lead by Lenin and his Bolshevicks followers and took power of The Winter Palace. After that civil war broke out between 1917-1922. In 1922 the Soviet Union was created, resulting in the first communistic state on the planet wich lasted until 1990.
In the cold war era big parades took place in Moscow to commemorate the October Revolution. 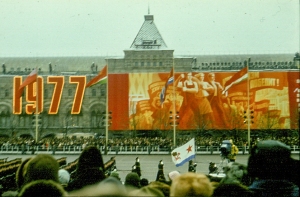 The parade in 1977. Soldiers of the Nakhimov Navy Academy are walking by. 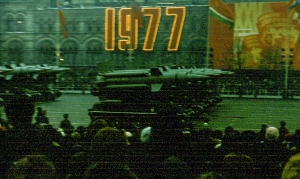 Tanks with rockets showing the power of the Soviet Union.