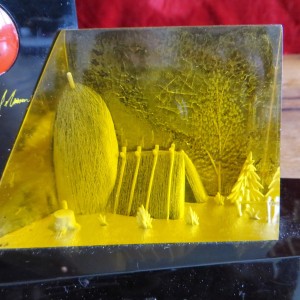 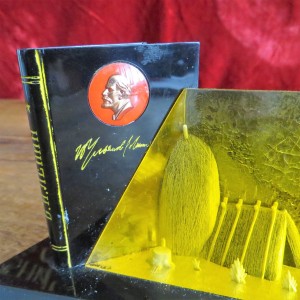 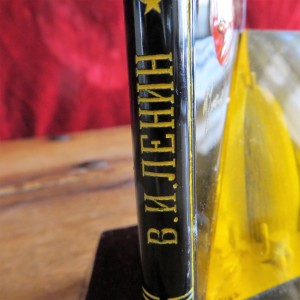 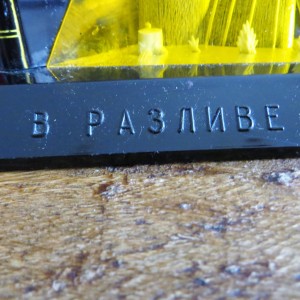 In November 1917 a revolution in Russia (November Revolutuiion) ended the Tjarist reign over Russia. The new government considerd Lenin as a terrorist and he went into hiding. He lived secretly in a forest north of St. Petersburg disguised as a hayfarmer. He shaved his baird and wore a wig. In this period he wrote serveral articles for newspapers and recieved fresh fruit daily.
Also he worked on theoretical political works and prepared for the October Revolution. He lived in a hut made of branches. After Lenin’s death the hay hut was recreated on the site and also statues were placed and a museum.
In the Soviet Era this site ha to be visited by students.

Replica of Lenin’s hut. At the site there are monuments and a museum.