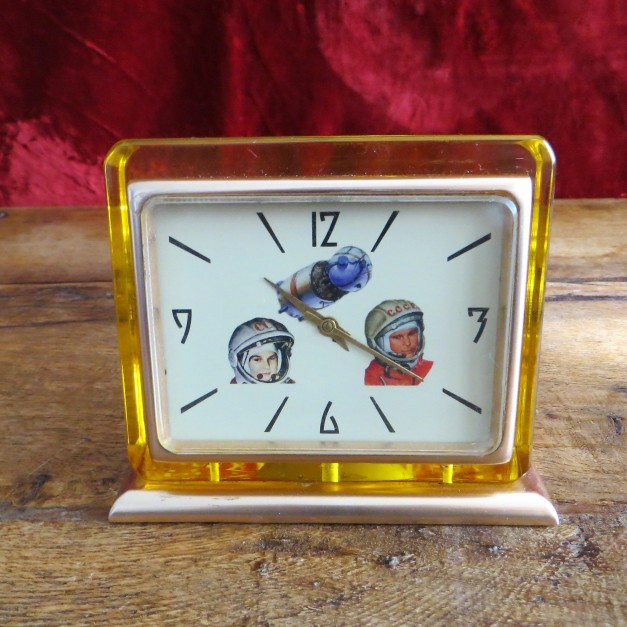 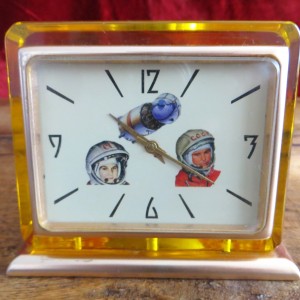 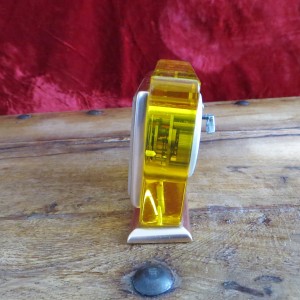 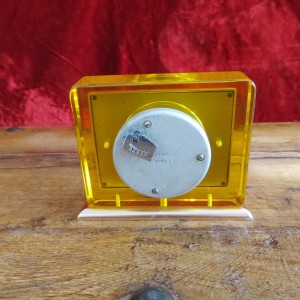 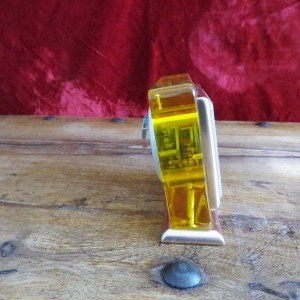 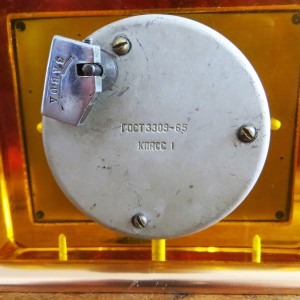 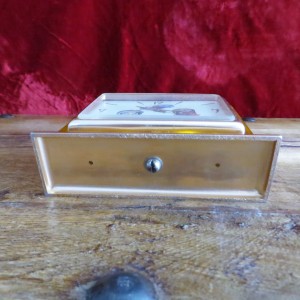 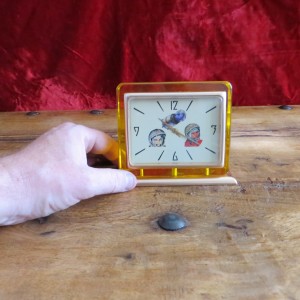 This beautiful heavy propaganda clock is from the 60’s. To honour Yuri Gagarin and Valentina Tereshkova for being the first man and woman in space. Soviet Russia was very proud of it’s space program so they put out a lot of propaganda material about it in all sorts and forms. And they were also in the famous space race against the US.
Yuri Gagarin became the first human in outer space when his Vostok spacecraft completed one orbit of the Earth on 12 April 1961 in the Vostok 1 mission. Gagarin became an international celebrity and was awarded many medals and titles, including Hero of the Soviet Union, his nation’s highest honour. Gagarin died in 1968 when the training jet he was piloting crashed.
Valentina Tereshkova was the first woman to be up in space on the Vosktok 6 solo mission in 1963. She orbited the earth 48 times and she still remains the only woman in a solo mission. On date (2019) she is still alive and well and active is Russian politics.
The clock was checked by a clockmaker and runs very well. 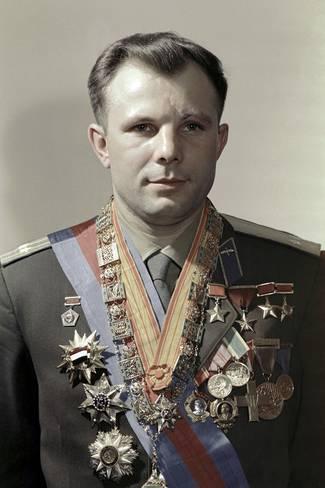 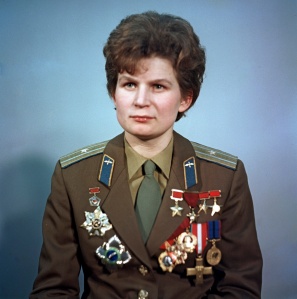