Price: 1.50 euro
For sale at http://www.propagandaworld.org

This pin is about the Interkosmos space program. This pin is issued in 1978.
Soyuz 28 was a 1978 Soviet manned mission to the orbiting Salyut 6 space station.
Cosmonaut Vladimír Remek from Czechoslovakia became the first person launched into space who was not a citizen of the United States or the Soviet Union. The other crew member was Aleksei Gubarev. The flight was the first mission in the Intercosmos program that gave Eastern Bloc and other communist states access to space through manned and unmanned launches. 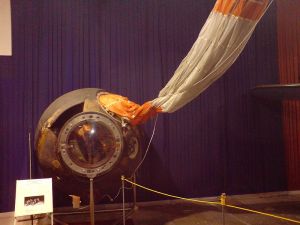