Original handpainted North Korea poster. The poster is about the Arirang Mass Games.
The Grand Mass Gymnastics and Artistic Performance Arirang is a mass gymnastics and artistic festival held in Pyongyang, North Korea. The games usually take place in August or September. The games were held annually between 2002 and 2013, with the exception of 2006. After a five year hiatus, the Arirang Mass Games returned for a performance entitled ‘The Glorious Country’ in 2018.
In August 2007, the Arirang Mass Games were recognised by Guinness World Records as the largest gymnastic display with 100,090 participants at the May Day Stadium in Pyongyang.
Arirang is a Korean folk song that is often considered to be the anthem of Korea. There are about 3,600 variations of 60 different versions of the song, all of which include a  similar refrain. It is estimated the song is more than 600 years old.
Arirang is included twice on the UNESCO Intangible Cultural Heritage list. By South Korea and North Korea. 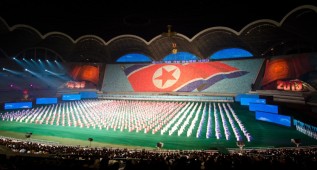 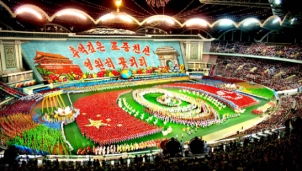 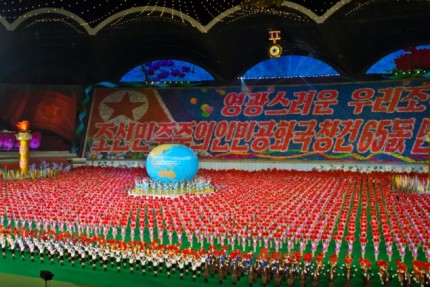