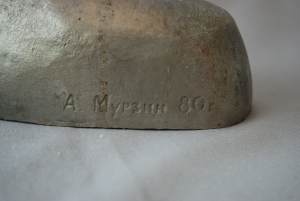 Old Lenin bust. Made from aluminium.
Lenin’s original name was Vladimir Iljitsj Oeljanov. He lived from 1870-1924. He was a revolutionairy and the first leader of the Soviet Union.
His political and social ideas, known as Leninism, was based on the social ideas of Karl Marx, called Marxism. After the october revolution in 1917 he was the first leader of the Soviet Union and put in place the first communist party and the first communist state in the world. His supporters were called the Bolsheviks and they were led by Stalin. In the early 20’s Lenin had a series of strokes on wich he died in 1924. After losing is ability to speak.
Lenin’s body was embalmed to preserve it for long term public display in the Red Square mausoleum. During this process, Lenin’s brain was removed. Lenin’s body is still on display. It is assumed that Lenin’s alias was chosen from the river Lena. One of the longest river in the world. 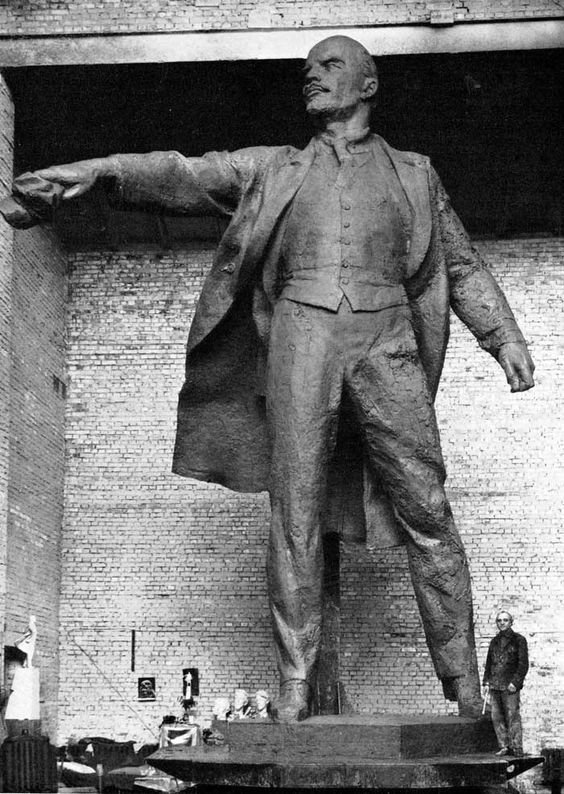