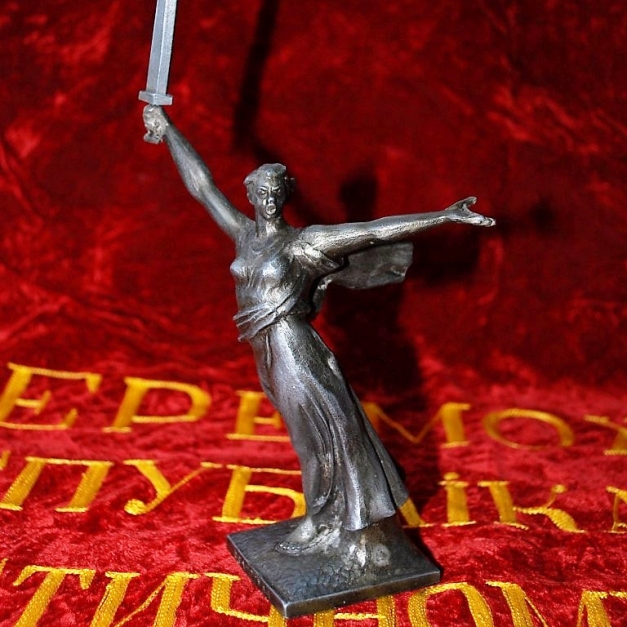 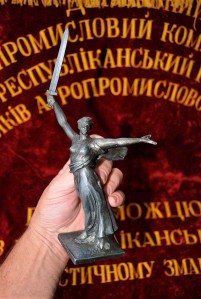 Sculpture made from the gigantic statue “Motherland Calls”.
The Motherland Calls is the compositional centre of the monument-ensemble “Heroes of the Battle of Stalingrad” in Volgograd, Russia, former Stalingrad.
It was designed by sculptor Yevgeny Vuchetich and declared the tallest statue in the world in 1967. At 85 metres (279 ft), it is the tallest statue in Europe and the tallest statue of a woman in the world. The construction of the monument was started in 1959 and completed in 1967. It was the tallest sculpture in the world at the time of creation. Restoration work on the main monument of the monument complex was done in 1972, when the sword was replaced by another entirely consisting of stainless steel. It is most likely that Vuchetich sculpted the figure from the discus thrower Nina Dumbadze, and the face from his wife Vera. 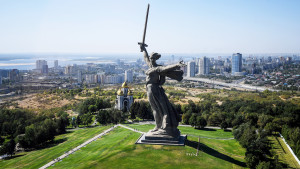 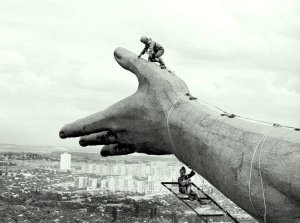 Construction workers working on the statue 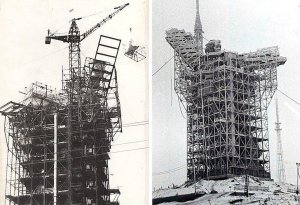