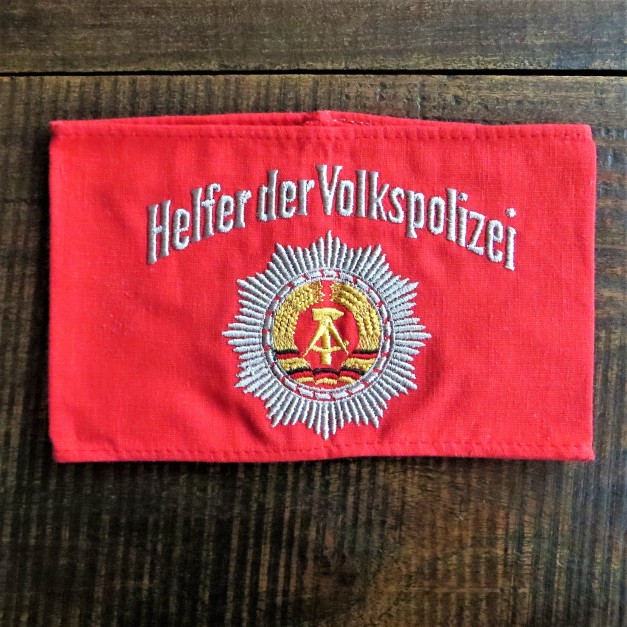 Red armband from the “Helfer Der Volkspolizei” meaning volunteer helper of the people’s police.
The FH was established by the East German government in 1952. Its function was to assist the Volkspolizei (“People’s Police”) in fighting crime and border violation and protecting public goods. The FH had the right to control traffic and were also called upon to take part in search and manhunt operations. Furthermore, there was intended to be an educational effect for the East Germans, because the FH volunteers were on patrol in residential areas and workplaces. The FH volunteers fulfilled their patrol missions in plain clothes, but were identifiable by their armband. The FH was disbanded a few days before German reunification in 1990.