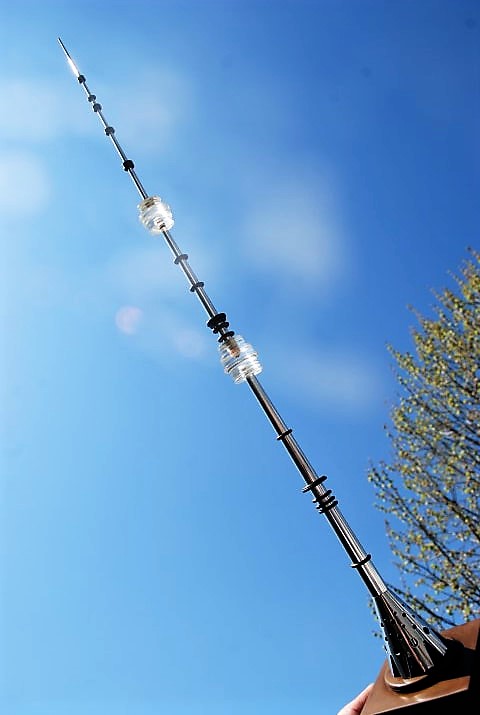 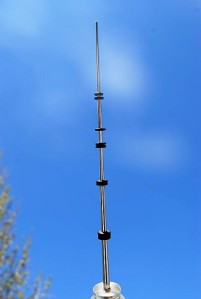 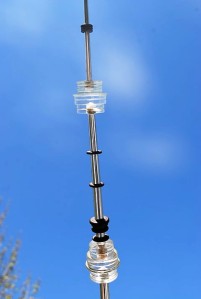 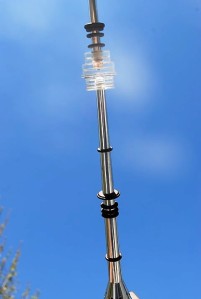 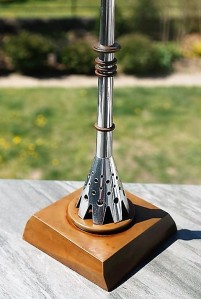 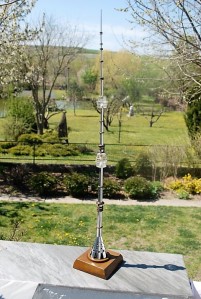 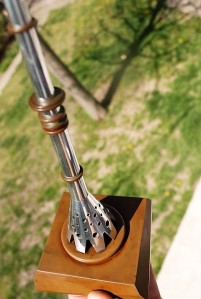 Vintage High gloss polished aluminum tower with ebonite parts. In total 30 parts!
Tower can be divided into 4 parts, all other parts are the rings of ebonite, the 2 acrylic lookouts and an aluminum screw on the bottom. Pedestal is very special with beveled edges that run from wide to narrow.
Ostankino Tower is a television and radio tower in Moscow owned by the Russian TV and Radio Broadcasting Network build ij 1967. Standing 540.1 metres (1,772 ft), Ostankino was designed by Nikolai Nikitin. It is currently the tallest free standing structure in Europe and 11th tallest in the world. Between 1967 and 1974, it was the tallest in the world. The tower was the first free standing structure to exceed 500 m (1,600 ft) in height. Ostankino was built to mark the 50th anniversary of the October Revolution. It is named after the surrounding Ostankino district of Moscow. 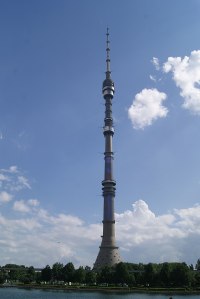 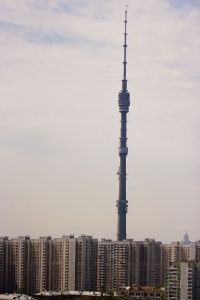 The Ostankino Tower compared to other buildings.