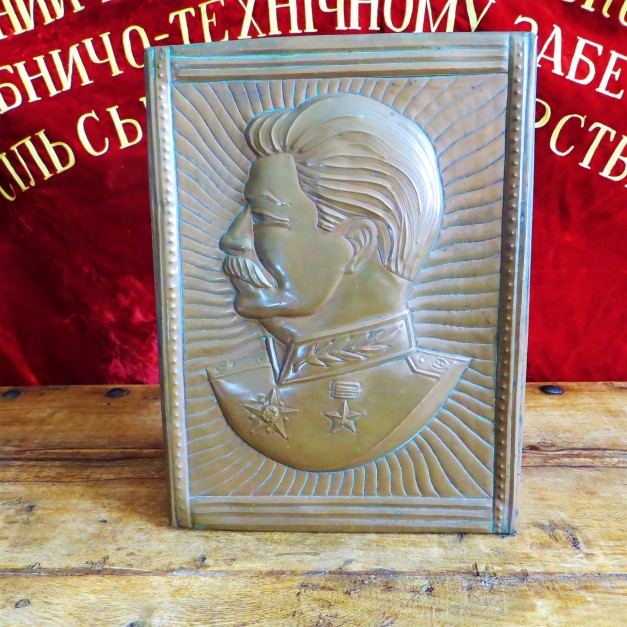 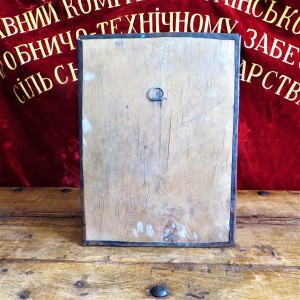 Brown copper shield with the image of Stalin. The coper is made on a wooden bord with hanging device. Old shield.
Stalin was born in Georgia in 1878 under the name Josef Vissarionovich Djugashvili . When he was in his 30’s he took the name Stalin wich means “man of steel”. He joined the militant wing of the Bolsheviks led by Lenin. In order to fund the Bolsheviks he took part in several bank robbery’s.
When Lenin died in 1924 he took control and became leader of the Sovjet Union (founded in 1922 by Lenin). In 1942 Nazi Germany invaded the Sovet Union and gained much ground until they reached Moscow. Stalin refused to leave Moscow and after the battle of Stalingrad Stalins army’s defeated the germans until they reached Berlin. In 1953 he died ending his dictatorship.