Posted by Iljin on 1 January 2021
Posted in: Pins DDR. Leave a comment 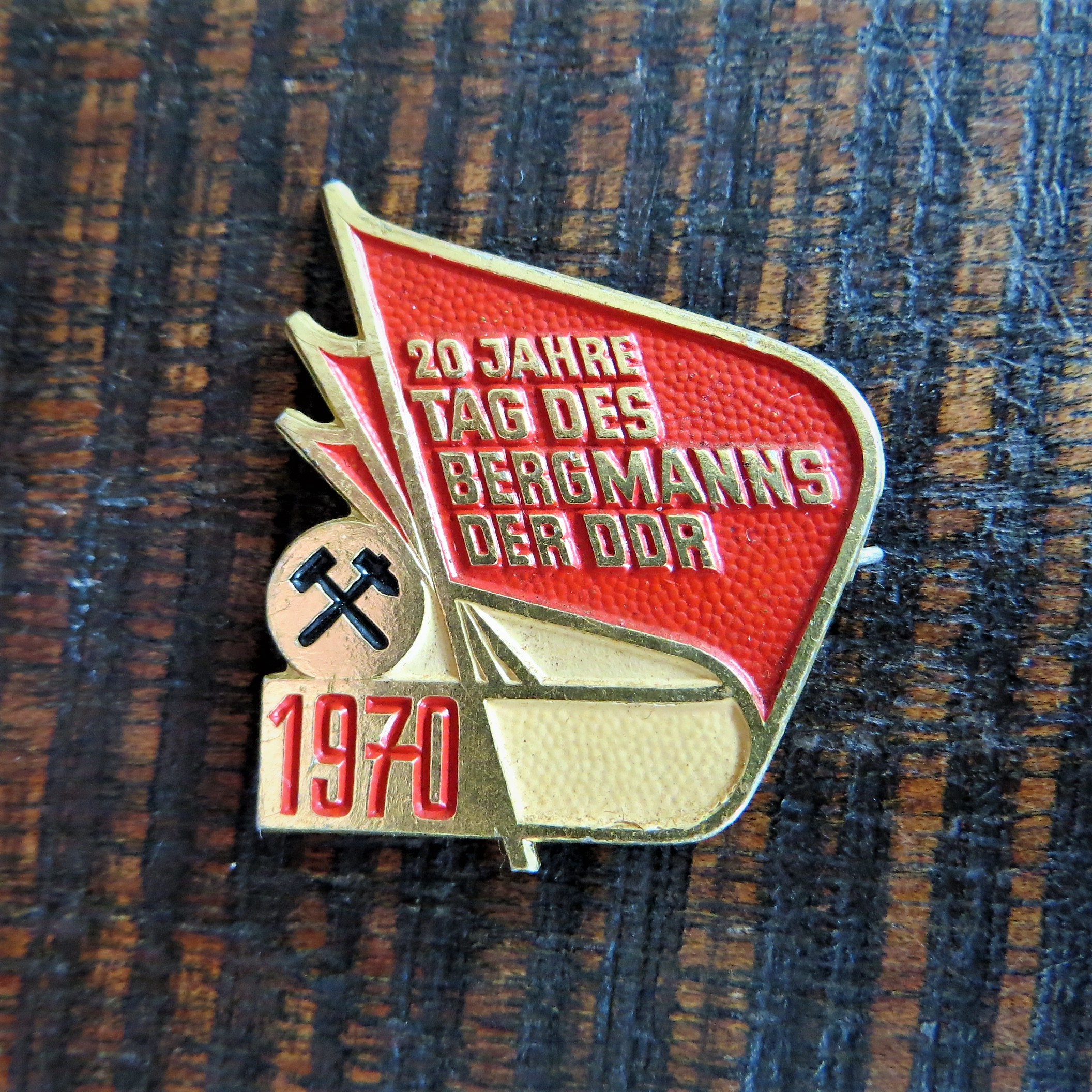 This pin is about the Day Of The Miner. The text on the pin reads:”20 Years Day Of The Miner Of The DDR”.
The day of the miner and the energy worker was a day of honor for the miners and, since 1975, also for the energy workers in the German Democratic Republic.
It took place annually on the 1st Sunday of July and was used as an opportunity to publicly honor miners and energy workers. The first day of the miner took place on September 17, 1950. Since the following year, the honor has been held on the 1st Sunday in July. From 1951 to 1967 it was called the day of the German miner, from 1968 to 1974 the day of the miner of the GDR and from 1975 finally the day of the miner and the energy worker.
Every miner who took part in the celebration and received a badge with an annually changing mining motif as well as the current designation and the year as inscription. Miner’s Day had the character of a festival; In addition to the official ceremony, there were various events for the buddies, their families and guests. Since other areas of the GDR’s economy were also to be honored with special days, it was decided from 1975 to introduce further special days and to expand existing ones.