Posted by Iljin on 18 January 2021
Posted in: *Propagandaworld Fridge Magnets. Leave a comment 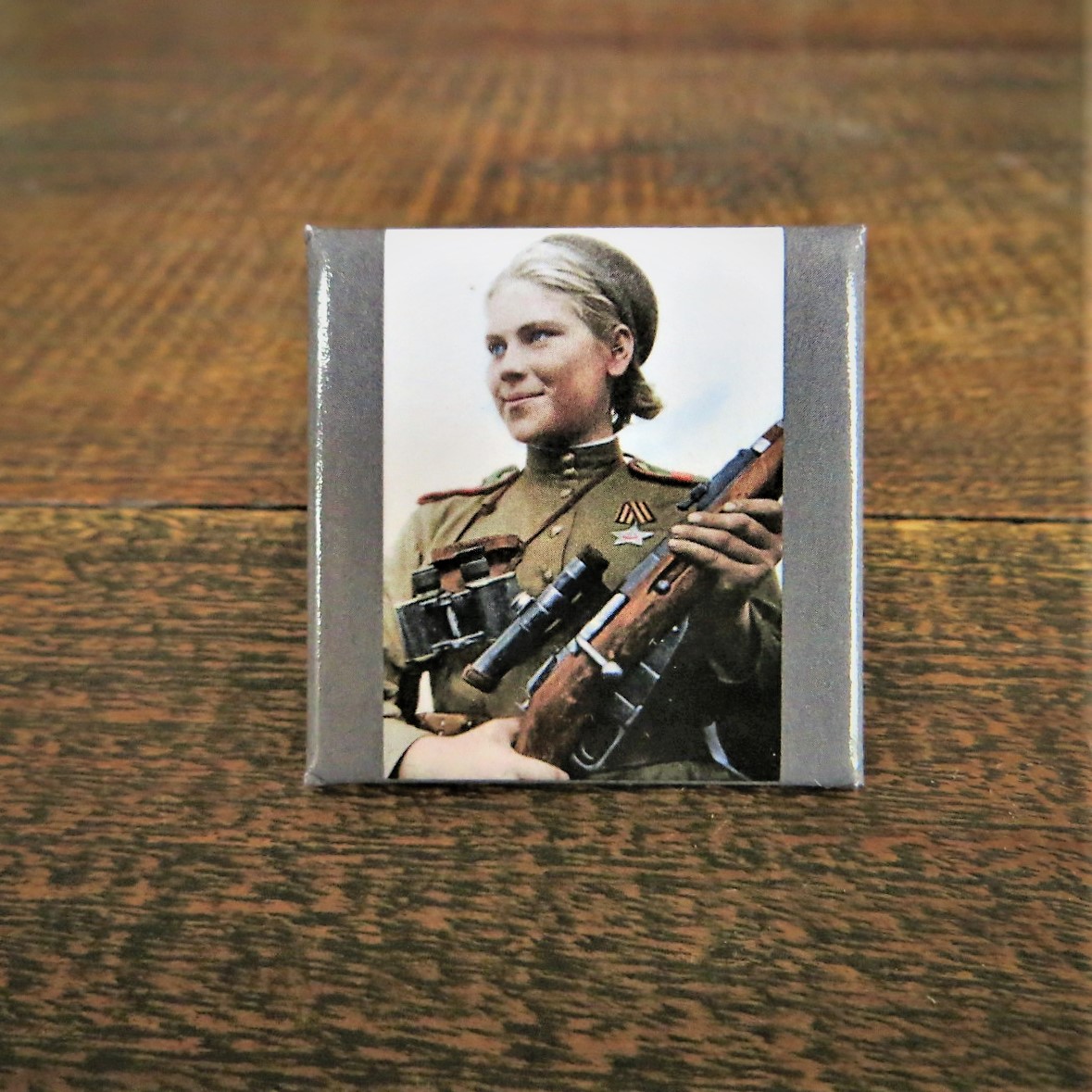 Unigue Propagandaworld fridge magnet with Roza Shanina, a famous sniper during WWII. Only available on Propagandaworld!
Roza Shanina was a Soviet sniper during World War II who was credited with fifty-nine confirmed kills, including twelve soldiers during the Battle of Vilnius. Shanina volunteered for the military after the death of her brother in 1941 and chose to be a marksman on the front line. Praised for her shooting accuracy, Shanina was capable of precisely hitting enemy personnel and making doublets (two target hits by two rounds fired in quick succession).
In 1944, a Canadian newspaper described Shanina as “the unseen terror of East Prussia”. She became the first Soviet female sniper to be awarded the Order of Glory and was the first servicewoman of the 3rd Belorussian Front to receive it. According to the report of Major Degtyarev (the commander of the 1138th Rifle Regiment) for the corresponding commendation list, between 6 and 11 April Shanina killed 13 enemy soldiers while subjected to artillery and machine gun fire. By May 1944, her sniper tally increased to 17 confirmed enemy kills, and Shanina was praised as a precise and brave soldier. The same year, on 9 June, Shanina’s portrait was featured on the front page of the Soviet newspaper Unichtozhim Vraga.