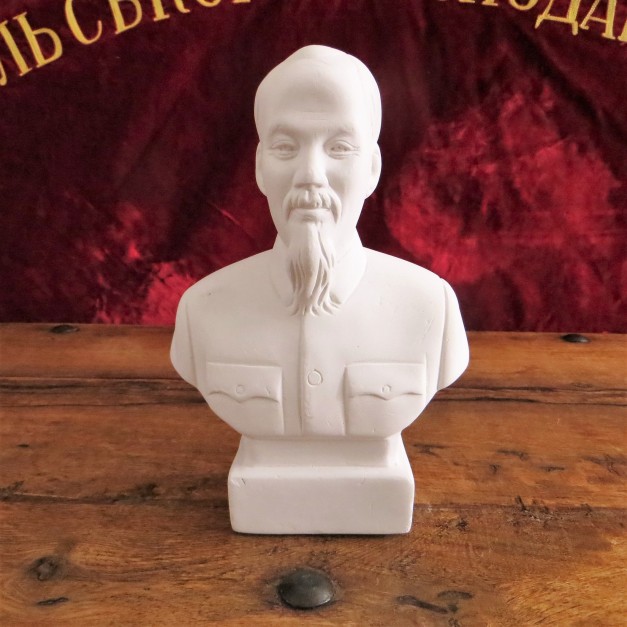 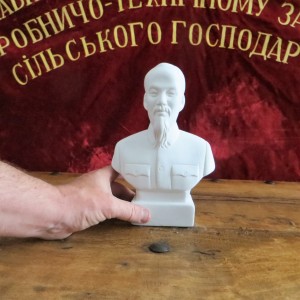 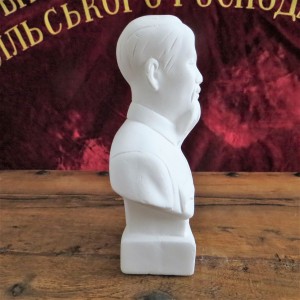 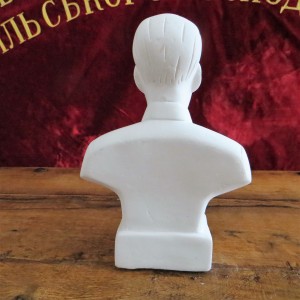 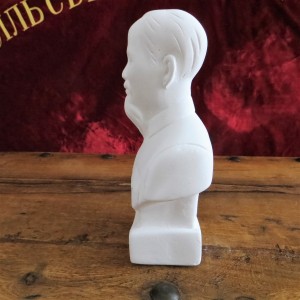 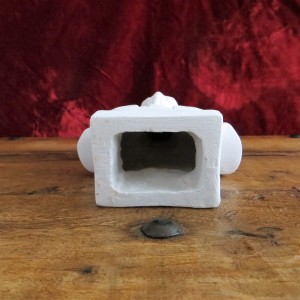 Absolute beautiful and well made bust of Ho Chi Minh. This bust is rare and bought in the 70’s in Vietnam.
Ho Chi Minh (1890-1969) was a Vietnamese revolutionary and politician. He served as Prime Minister of North Vietnam from 1945 to 1955 and then its President from 1945 to 1969. Ideologically a Marxist-Leninist, he served as Chairman and First Secretary of the Workers’ Party of Vietnam. He founded the Democratic Republiek Of Vietnam in 1945.
Any description of Ho Chi Minh’s life before he came to power in Vietnam is open for discussion. He is known to have used at least 50 and perhaps as many as 200 pseudonyms. Both his place and date of birth are subjects of academic debate since neither is known with certainty. At least four existing official biographies vary on names, dates, places and other hard facts while unofficial biographies vary even more widely.
He has got an iconic status for first beating the French in 1954 and for beating the United States and South Vietnam in the Vietnam War.
The Vietnam war costs was between 600.000-1.6 million deaths on the North Vietnam side while South Vietnam suffered between 700.000 and 1 million deaths including almost 60,000 American lives.
With the outcome of the Vietnam War still in question, Ho Chi Minh died of heart failure at his home in Hanoi 1969; he was 79 years old.  As almost all comunist country’s do, his embalmed body is currently on display in a mausoleum in Ba Dinh Square in Hanoi.
After the Vietnam War Saigon was renamed in Ho Chi Minh city in 1976. 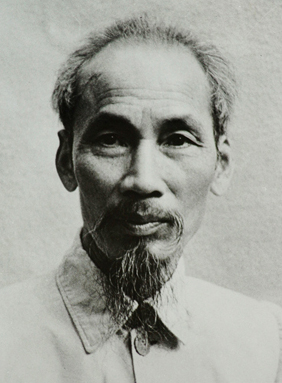 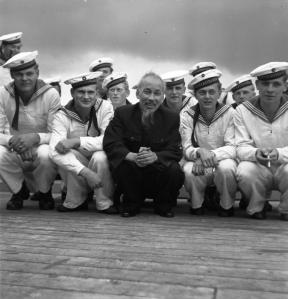 Ho Chi Minh visiting sailors during his visit to the DDR in 1957. 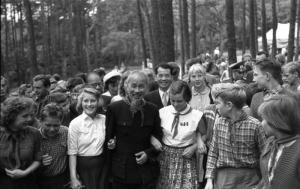 Ho Chi Minh with members of the East German Young Pioneers near Berlin, 1957.