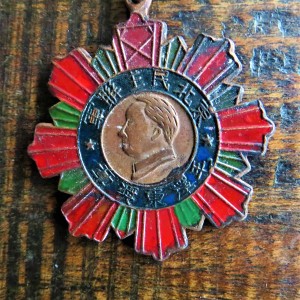 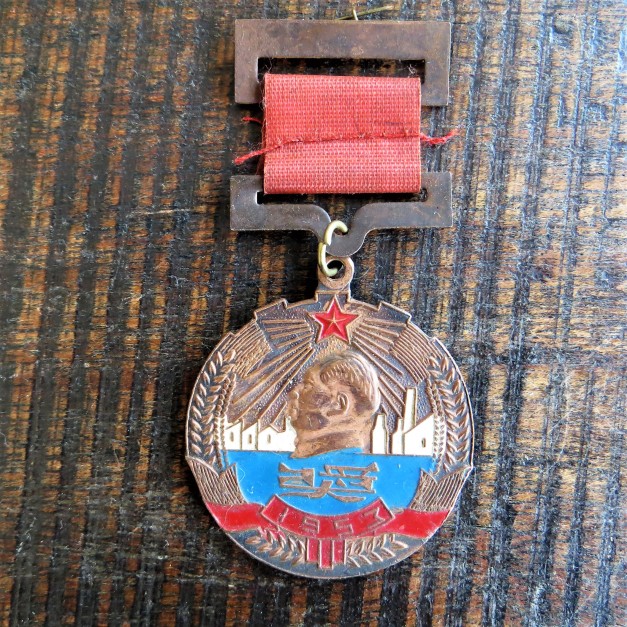 Old Mao medal from 1953.
Mao Zedong (1893-1976) was leader of communist China for decades. He made major transformations in China, most known are the Cultural Revolution (removal of kapitalist elements) and The Great Leap Forward (the industrialization of China).
In 1920-1921 he travelled throughout China and saw the poor conditions of farmers and workers. He became a member of the Communist Party and his political talents was noticed by dutchman Henk Sneevliet. At the end of the 1920’s Mao developed political theory’s wich later would become known as Maoism. His confidant Lin Biao collected quotations of Mao wich wich would become The Red Book. This is the most printed book in history after The Bible.
With The Great Leap forward he wanted to become the greatest steel production nation of the world and ordered every school, factory, farm and even hospitals to have an oven to produce steel.
After that he imposed The Cultural Revolution in 1966 and creating The Red Guard.
In 1976 he died and Deng Xiaoping took control and reformed China in both kapitalism and socialism. 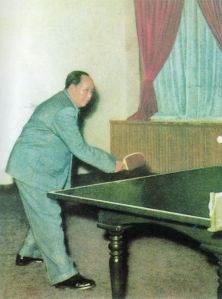