Posted by Iljin on 9 January 2021
Posted in: No Catagory. Leave a comment

Pin DDR from the FDGB organisation.
The Free German Trade Union Federation (German: Freier Deutsche Gewerkschaftsbund or FDGB), was the sole national trade union centre of the DDR which existed from 1946 and 1990. As a mass organisation of the DDR, nominally representing all workers in the country, the FDGB was a constituent member of the National Front. The leaders of the FDGB were also senior members of the ruling Socialist Unity Party.
Officially, membership in the FDGB was voluntary, but unofficially it was hardly possible to develop a career without joining. In 1986, 98% of all workers and employees were organized in the FDGB, which had 9.6 million members. This meant that it was nominally one of the world’s largest trade unions.

Posted by Iljin on 8 January 2021
Posted in: No Catagory. Leave a comment

Pin from the DSF organisation. The “gold” edition.
The Society for German–Soviet Friendship (in German, Gesellschaft für Deutsch-Sowjetische Freundschaft/DSF) was an East German organization set up to encourage closer co-operation between the German Democratic Republic and the Union of Soviet Socialist Republics.
It was founded as the Society for the Studies of Soviet Culture to teach about Russian culture to Germans unfamiliar with it. It quickly turned into a propaganda tool and eventually changed its name.
Due to the immense popularity of Mikhail Gorbachev with ordinary East Germans disillusioned with their own hardline Communist leaders, the DSF’s membership grew massively in the last years of the regime which many interpret as a sign of support of Gorbachev’s glasnost and perestroika. In 1989 there were 6.3 million members.

Posted by Iljin on 31 December 2020
Posted in: No Catagory. Leave a comment 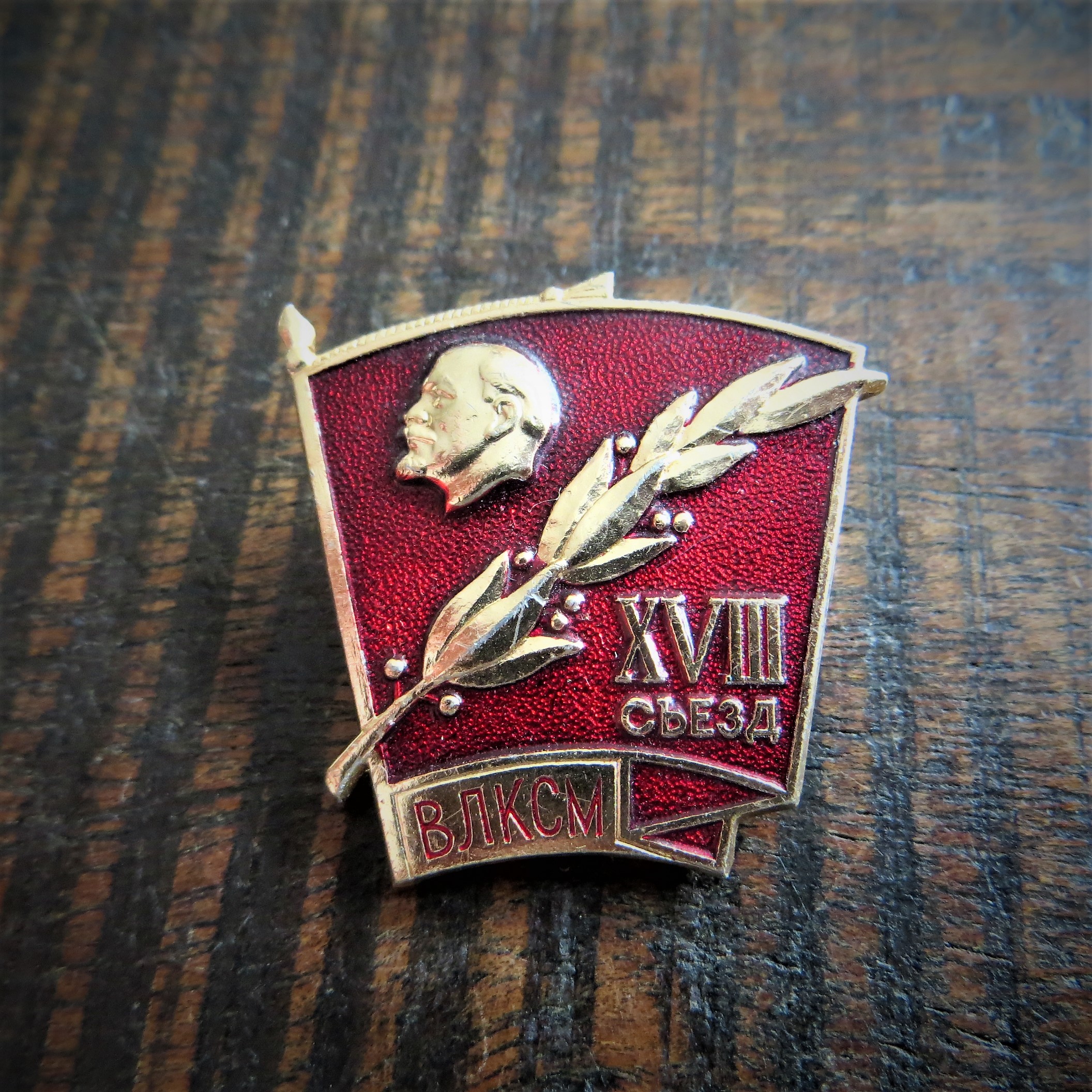 Lenin Pin.
Lenin’s original name was Vladimir Iljitsj Oeljanov. He lived from 1870-1924. He was a revolutionairy and the first leader of the Soviet Union.
His political and social ideas, known as Leninism, was based on the social ideas of Karl Marx, Marxism. After the october revolution he was the first leader of the Soviet Union and put in place the first communist party. His supporters were called the Bolsheviks.
It is assumed that Lenin’s alias was chosen from the river Lena. One of the longest river in the world.

Posted by Iljin on 19 November 2020
Posted in: No Catagory. Leave a comment

Hungarian Sputnik design fan made in the1960s. The text on the plate reads:”Attorney general’s Office”.
Well functioning ivory white bakelite fan which is on a chrome bracket and can be placed in any position. It can be standing or hung. The 3 blades are made of rubber so soft to the hands when it is working. Rear of the engine beautifully finished with a chrome cap.

Posted by Iljin on 13 November 2020
Posted in: No Catagory. Leave a comment

Posted by Iljin on 7 November 2020
Posted in: No Catagory, Various DDR. Leave a comment

Army uniform epaulet from the DDR.

Very old, delicate and fragile Sputnik christmass ball from the Soviet Union. It’s amazing that this Sputnik ball survived this many years without breaking one of the tips off. Painted on the ball are the letters:”CCCP” and a red star.

Posted by Iljin on 1 April 2019
Posted in: No Catagory. Leave a comment

This is the Propagandaworld Archive site. If you want to buy these items, go to:

We buy and sell old vintage propaganda from Russia, China, North Korea, Cuba and more. Such as posters, art, paintings, medal’s, sculptures, desktops and much more.
You can contact us on Propagandaworld@hotmail.com