Minisheet made in North Korea with 2×2 stamps. Made for the celebration of the 50th. anniversary of the end of the occupation by Japan.

Complete set of stamps from North Korea made in 1990. Stamped. Made for the 40th Anniversary of Participation of Chinese Volunteers in Korean War. 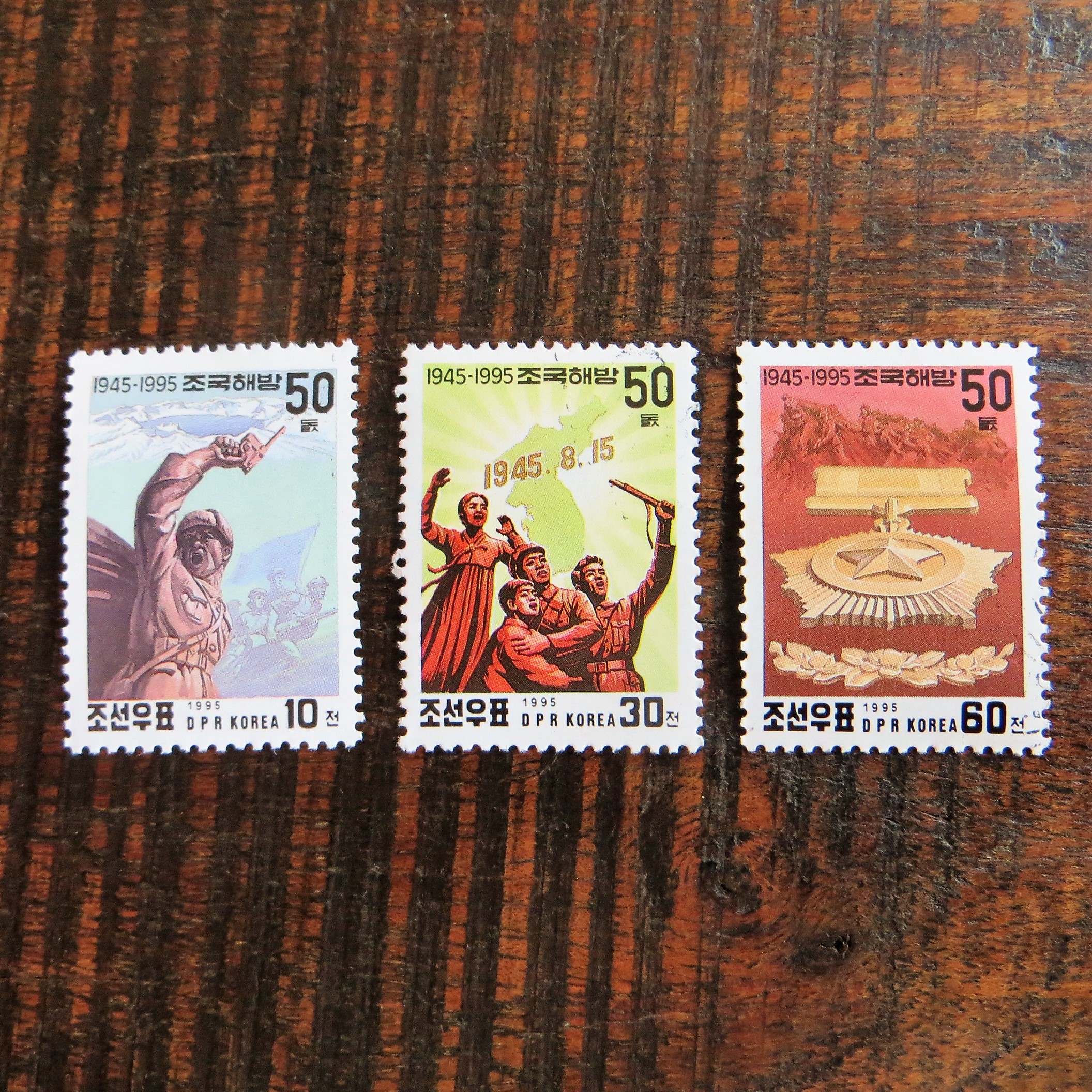 Stamps in perfect condition. In 1945 korea was liberated from Japanese occupation.

In perfect condition. Stamped. In 1945 korea was liberated from Japanese occupation. 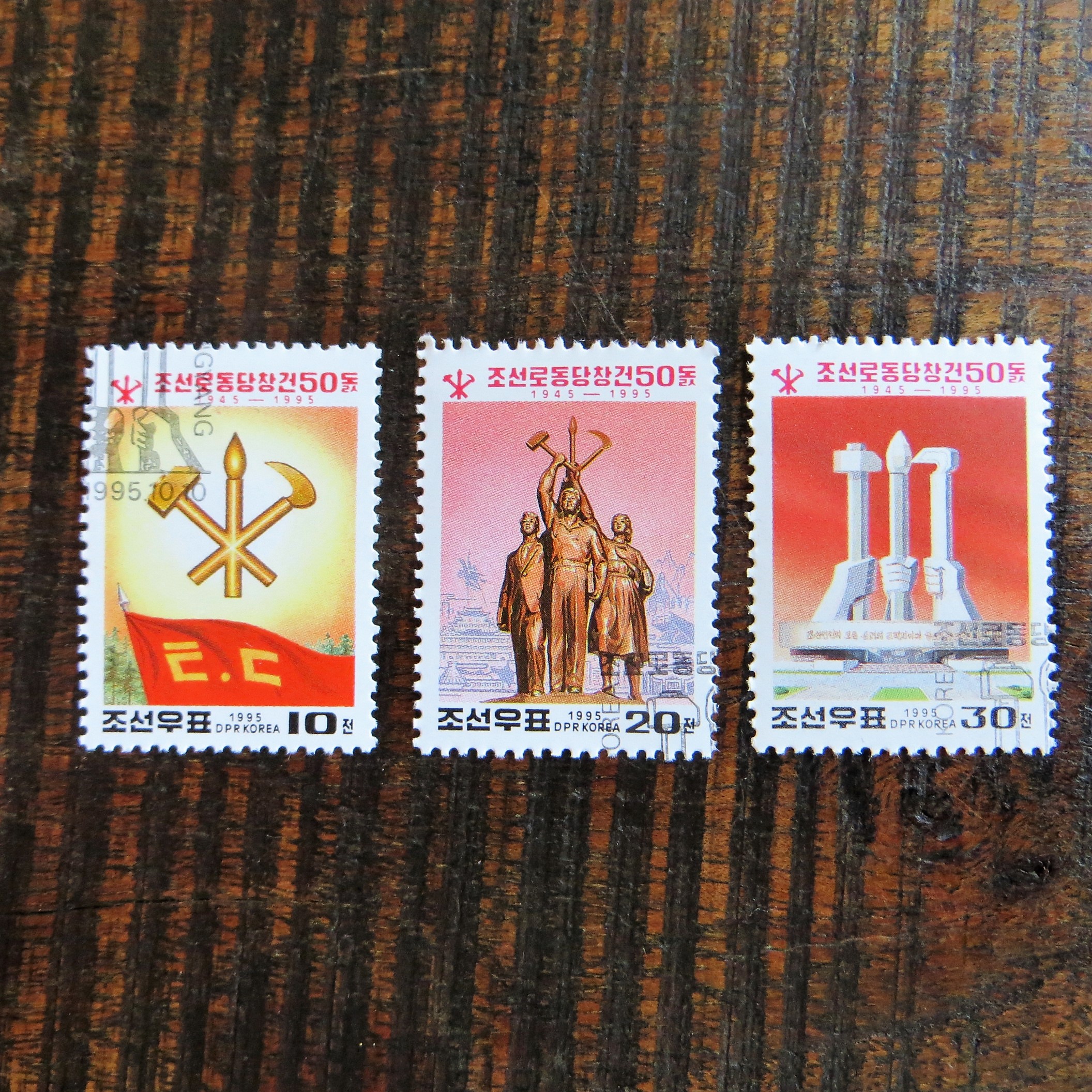 Set of 3 North Korean stamps about the 50th. anniversary of the Worker’s party.
The Workers’ Party of Korea is the founding and ruling political party of North Korea. It is the largest party in North Korea with two other legal parties making up the Democratic Front for the Reunification of the Fatherland. However, these minor parties are completely subservient to the WPK and must accept the WPK’s “leading role” as a condition of their existence.It was founded in 1945 with the merger of the Workers’ Party of North Korea and the Workers’ Party of South Korea. The WPK also controls the Korean People’s Army.
The WPK is organized according to the Monolithic Ideological System and the Great Leader, a system and theory conceived by Kim Yong Ju and Kim Jong Il.
Although the WPK is organizationally similar to communist parties, in practice it is far less institutionalized and informal politics plays a larger role than usual.Kim Jong Un is the current WPK leader, serving as Chairman.
The WPK is committed to Juche, an ideology which has been described as a combination of collectivism and nationalism.

The flag of the Worker’s Party.

A propaganda stamp from North Korea 1986.