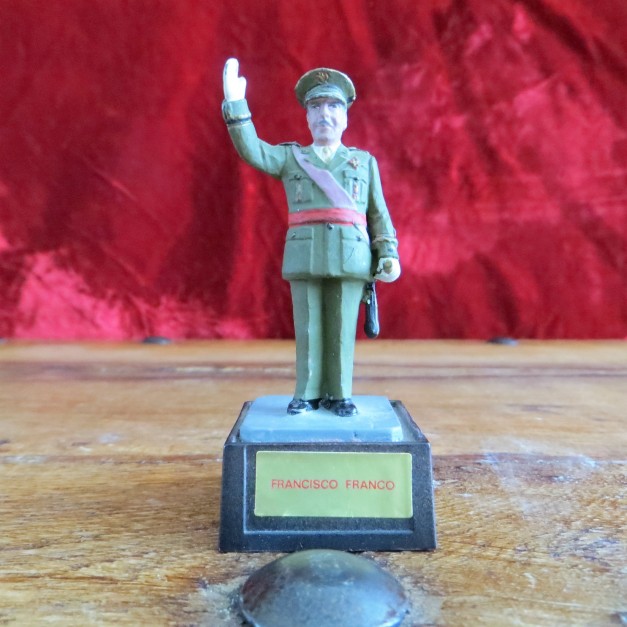 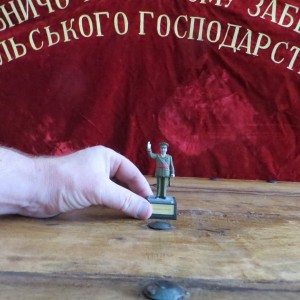 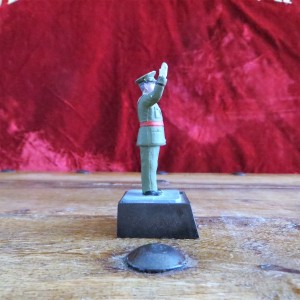 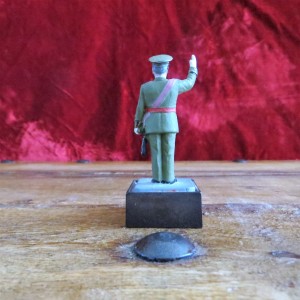 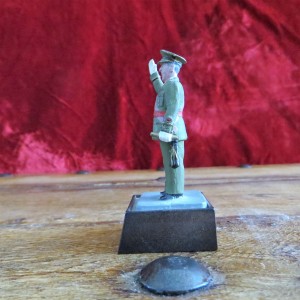 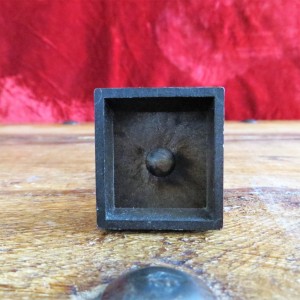 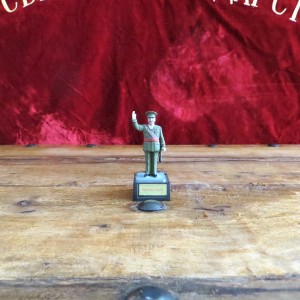 Miniature statue of Francisco Franco ruler of Spain. Francisco Franco (1892-1975) was a Spanish general and politician who ruled over Spain as Head of State and dictator after the Nationalist victory in the Spanish Civil War in 1939, until his death in 1975. So he ruled for 36 years.
Coming from a upper class family he joined the militairy in 1910 and would go on to have a successful military career in Morocco and advanced through the ranks at a very young age. He served in the Rif War and was in 1926 promoted General at age 33, the youngest in Europe. As a conservative and a monarchist, Franco opposed the abolition of the monarchy and the establishment of the democratic secular republic in 1931. He nevertheless continued his position in the Republican Army and in 1934 led the brutal suppression of the miners’ strike in Asturia, which sharpened the antagonism between Left and Right in the country.
After the leftist Popular Front came to power after the 1936 elections, Franco joined other Generals who launched a coup the same year, intending to overthrow the republic. The coup failed to take control of most of the country and precipitated the Spanish Civil War.  Wich resulted in 500.000 deaths.
In the Spanish civil war Franco was helped by Nazi Germany. The war had many facets, and different views saw it as class struggle, a war of religion, a struggle between dictatorship and republican democracy, between revolution and counterrevolution, between fascism and communism. 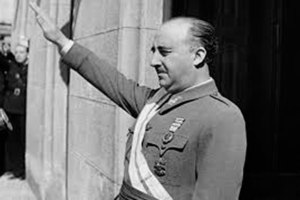 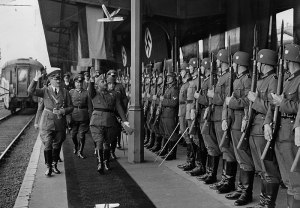 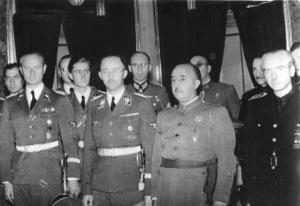