Posted by Iljin on 14 May 2020
Posted in: Wallpiece DDR. Tagged: Coat Of Arms, DDR, Wallpiece. Leave a comment 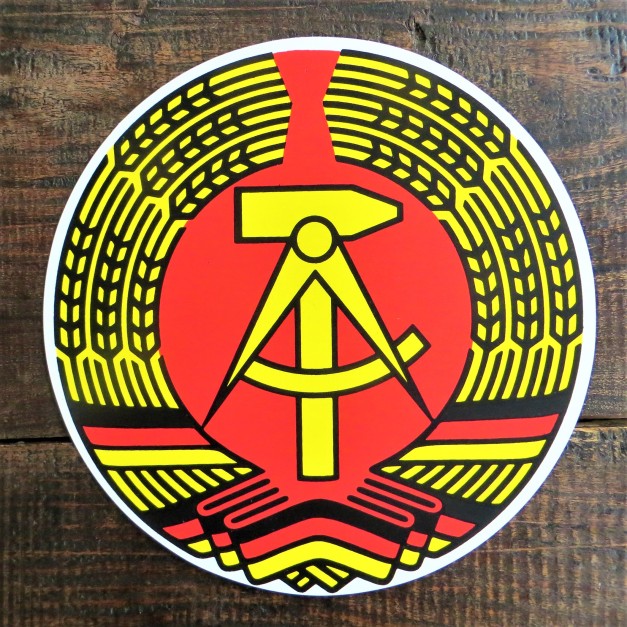 Original cardboard piece with the coat of arms of the DDR printed on it. Mayby used in parades or for government buildings or schools, company’s and such.

Posted by Iljin on 10 May 2020
Posted in: Wallpiece DDR. Tagged: Coat Of Arms, DDR, Wallpiece. Leave a comment 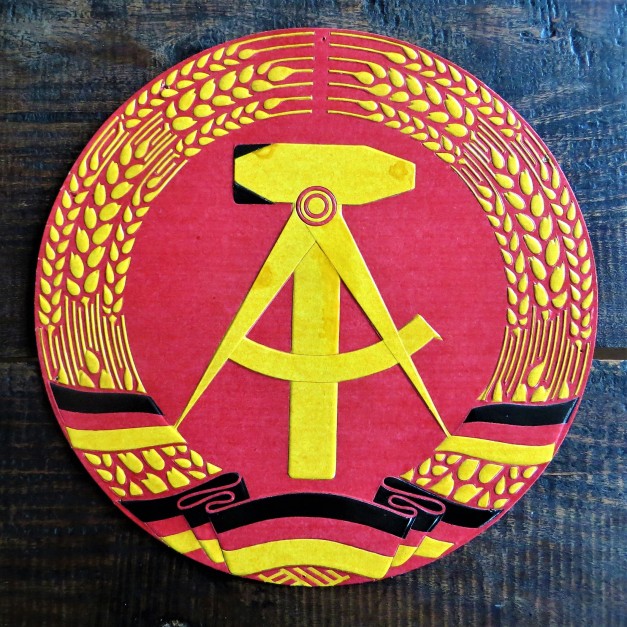 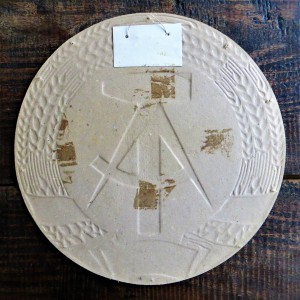 Coat of Arms of the DDR pressed into cardboard. Big and in good condition. On the back there is a hanging mechanism so once it was on a wall.

Big Aluminium Coat of Arms Shield Soviet Union. These kind of shield was placed on government buildings. This shield has got some holes, used for hanging it. Great shield in good condition. A unique history item. 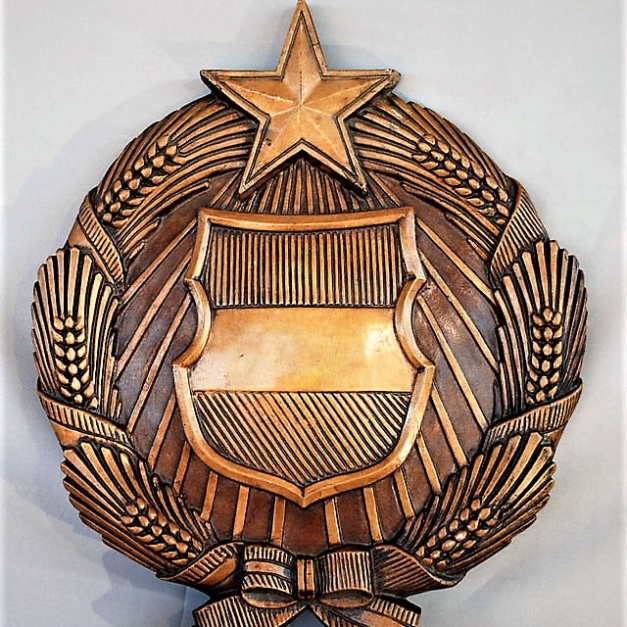 Coat of arms Warsaw Pact. People’s Republic of Hungary 1949 and 1989 during the communist period led by the Soviet Union. Used in government buildings, schools and factories. Shield is made of fiberglass, at the top there is a metal bracket to hang it on. 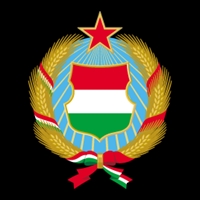 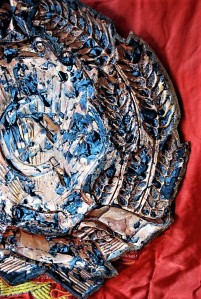 Large Copper Ukraine UKSSR coat of arms. Made of copper. Big size.
On the back, the folds in the copper is reinforced with a black plastic to prevent dents.
The Ukrainian Soviet Socialist Republic, also known as Soviet Ukraine, was one of the constituent republics of the Soviet Union from the Union’s inception in 1922 to its breakup in 1991. The republic was governed by the Communist Party of Ukraine as a unitary one party socialist soviet republic.
The Ukrainian SSR was a founding member of the United Nations, although it was legally represented by the All-Union state in its affairs with countries outside of the Soviet Union. Upon the Soviet Union’s dissolution and perestroika, the Ukrainian SSR was transformed into the modern nation state and renamed itself as Ukraine. 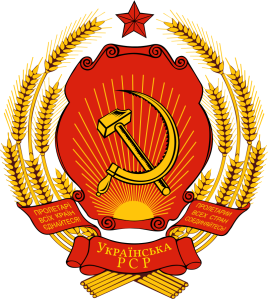 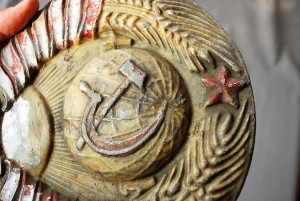 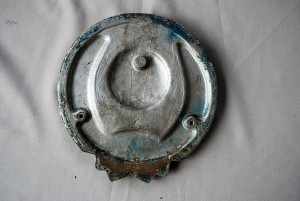 Heavy old shield with the coat of arms of the Soviet Union. It was once painted and now there a pieces of it on this shield. Made of aluminium. 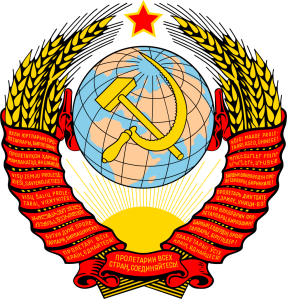 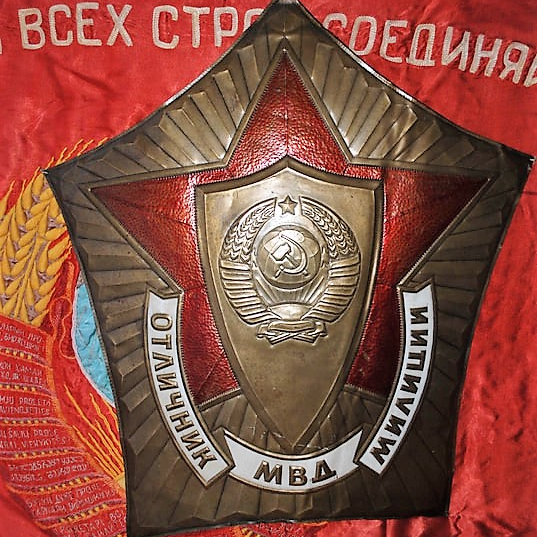 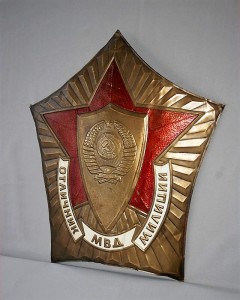 Coat of arms excellent student of the Ministry of the Interior law enforcement.
Brass shield with a red painted star and white ribbon. Everything in original condition. Shield has some creases, see photos. Suspect it comes from a government building. 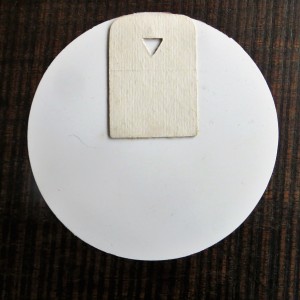 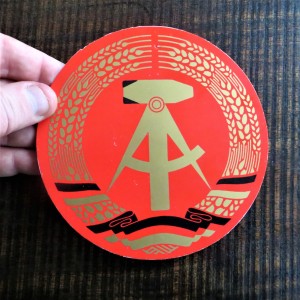 Cardboard sign from with the Coat of Arms of the DDR. On the back there is a hanging device.

Very big metal coat of arms. It is made of aluminum and it is very big. This big wall piece was probably inside a state building in Soviet Russia.
This coat of arms of the Soviet Union was first used in 1924 until the dissolvement of the union in 1991. The Coat of arms shows the traditional symbols of the hammer and sickle, the raising sun and a red star and wheat holding together by a ribbon. Normally on the bottom of the ribbon is the text: “Workers of all nations, unite!”